“Networking” – a term everybody comes across sooner or later. It can also be described as “connecting with other businesses”.

Building a network is all about meeting people, who are useful or have useful contacts, says Rieta de Soet, CEO of De Soet Consulting in Switzerland.

Networking is very important, not just for businesses, but also for individual people. Networking can help you to build creating a portfolio and a good reputation, says Fabian de Soet. Networking doesn’t stop in your specific branch, any company or contact could be useful, maybe not any time soon, but you also need to think ahead. Every person you meet, has contacts of their own and again those people have more contacts. By building connections, you expand your reach.

The good thing about networking is, it is very simple and doesn’t take much effort just some time, you can even do it online with various websites which are designed just for that purpose. The internet makes it possible to connect with people all over the world. Furthermore there are networking events for specific branches, designed to bring the right people together. Everybody benefits from it and nobody should miss out on that opportunity, says Rieta de Soet.

At De Soet Consulting networking also plays an important role. There are many different people and companies at the Business Center, but working in the same environment brings them together. Also De Soet Consulting has a lot of useful contacts from previous clients and is always eager to help their customers, says Fabian de Soet. 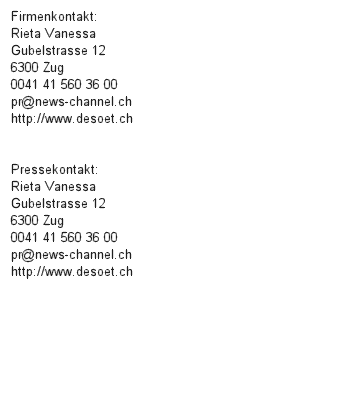