Zum Inhalt springen
The most extensive documentation of the war ever

Helping younger people to understand the war and its influence on today”s world
Partnership with Reuters/Screenocean Historical Archive
The most extensive documentation of WW2 ever created
More than 200 hours of video, 2,193 daily images, and countless articles

TimeGhost, a dedicated team of historians, documentary film makers, and social media creators – including Indy Neidell, Astrid Deinhard and Spartacus Olsson – is creating a realtime YouTube, Instagram and Facebook based documentary series which covers World War 2 week by week and day by day for the entire six years of the war.

Again and again, surveys show that younger people do not really understand the war and its influence on today”s world. Social media presents an unprecedented opportunity to bridge that generational gap. Knowledge is now shareable to everyone with an internet connection. Contrary to the pundit”s claims that young people are disinterested and unengaged, the internet generations are thirsty for knowledge, as is shown by the success of TimeGhost”s format and many other academic and scientific documentaries reaching millennials and post-millennials by the millions.

To make historical events come back to life, TimeGhost has partnered with Reuters/ Screenocean video archive with millions of minutes of documentary material and news footage from the past. TimeGhost is using their expertise and the Reuters/Screenocean archive to cover an even more complex event at an even larger scale.

TimeGhost is literally creating history. Never before has the war been covered in such a detailed chronological way. Eighty years after the war, we can look at the events more distantly and therefor more factually and impartially. Indy Neidell who writes and hosts the weekly episodes puts it this way; “Covering a world war chronologically week by week in real time gives a much deeper and more complete understanding of both the large scale of such a conflict and the minutiae of the local events that would be lost in a traditional documentary format.”

As Astrid Deinhard, producer and director of the series says, “The living memory of this important part of our past is slowly disappearing, but the Internet enables us to permanently share the story of the biggest conflict in human history with a new generation with a greater interest and better access to education than any generation before them.”

The entire series premiered September 2018, timed to come out one year in advance to the 80 year anniversary of the war, and already 2019 is a big year for the remembrance. Not only is it 80 years ago that the Nazi German Reich invaded Poland, catapulting the world into a global war, in December 1939, the od Ghetto, the second biggest Jewish ghetto of German-occupied Europe, was opened. In June it is 75 years ago that the Allies invaded Normandy on D-Day and in July the same year.

The series started just six months ago, but has already attracted around 250.000 subscribers on YouTube, a loyal community that continues to grow every day the war drags on. The TimeGhost fans are so dedicated to the accurate retelling of these events that they provide monthly financial support to make this historical undertaking at all feasible.

When it is done the series will have more than 200 hours of video, 2,193 daily images, and countless articles, arguably making it the most extensive documentation of the war ever created. It is a balanced and detailed understanding of what happened between 1939 and 1945 showing, as accurately as possible, how the world was forever altered when the war changed at the same pace as we all currently live our lives. 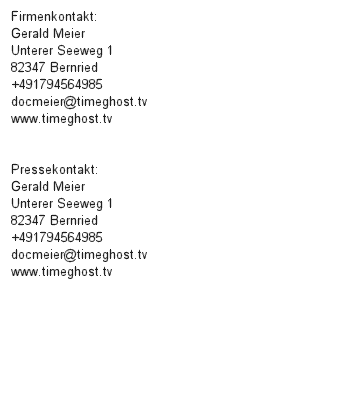